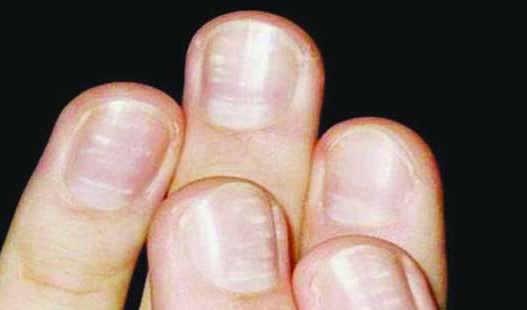 What nails tell about our health

Nails play a big role in diagnosing diseases of the body. As the nails move from the middle, we must understand that our body is deficient in iron. This is due to lack of iron. So if this is the case, consult a doctor.

Nails turn green when infected with a type of bacterial infection called Sodmanus. It does not usually go away on its own and requires medication. So take treatment according to the doctor’s advice.

The reason for breaking the head of the nail is the hope that some of the diseases in our body can cause such problems. Also those who wash dishes, clothes etc. can have such problems. Erosion of nails is mainly due to water and detergent. You can apply lotion on your hands after finishing such work. Iron deficiency can also be caused by thyroid disease.

Read More:- What is musk?

However, there are many reasons why nails become small holes. This may be due to psoriasis. If you look at the nails, it will look like someone has scratched it with something hard. In addition to psoriasis, it can be caused by diseases such as eczema, alopecia areata. If this is the case, consult a skin doctor.

Chewing fingers can be seen in many people. This is mainly due to high tension. It can also be caused by some mental illness. Many people have bad habits and those who chew their nails with their teeth should change their habits.

Our nails are usually pink in color. If the nails of such color do not become stiff and the color of the nails becomes pale then it should be understood that it has happened due to some diseases in the body such as anemia, malnutrition, liver disease etc. If so, consult a doctor.