Musk is a very valuable perfume, about three times the value of gold. The smell of the mouth of a fasting person is more fragrant to Allah than musk. So what is musk? Deer navel musk is called musk in Arabic. Musk is a fragrant substance coming out of a gland in deer navel. It is said that if a sesame amount of musk falls on a place, the fragrance can be found there for many years.

When one part of musk is mixed with about three thousand parts of odorless substance, the whole is fragrant with the scent of musk. The smell is so strong when collected that the hunters sniff the deer’s umbilical cord and sniff the whole cloth. And then the smell became very difficult to bear. Some people start dripping water from their eyes and nose and even saliva from their mouth. Even life becomes critical. Even loss of life can occur.

However, it is not found in any deer. There is variety in the fragrance of musk and it is also called fragrant flower under different names. Musk deer has attracted the attention of people for ages. Musk is found in the navel of a rare male deer which is called musk deer or max deer. Deer of the Musk Deer species are naturally shy and innocent. They roam in the secluded highlands of the Himalayas. The best musk comes from these rare deer in these areas. They are also found in the highlands of the Pamir Plateau in Siberia, Nepal, Mongolia and Korea.

If you want to get perfection musk, you have to wait a long time. Even though fragrant cells are born from the navel of a deer at a young age, it matures at the age of ten. A full musk gland weighs about 60-65 grams. When the deer are full grown, the deer are attracted to their scent during the breeding season. At this time musk covered with fur fell from their bodies. There are some random hairs on the outside of the musk cell. When the dried cell is soaked in water, clear musk comes out. Musk is found in very small amounts in some deer. On the other hand, not all deer of this species produce the same amount of musk in their navel

In the past, musk was made by collecting it by drying it in the sun, but now hunters kill deer and collect its navel to collect musk in greed for money. Musk collectors do not keep this perfume in almost actual condition; usually sold mixed with other substances. Among other substances, blood is a special component. Musk has a special resemblance to dried blood. Such teeth are not found in all species of deer. This is how the musk deer is identified. Musk has a special resemblance to dried blood. Deer of this species are adept at self-defense. The funny thing is that the deer of this species do not understand the source of the perfume from the body. They run around looking for this source, but they can’t hide themselves because of the strong scent. And hunters can easily find this fragrant source. 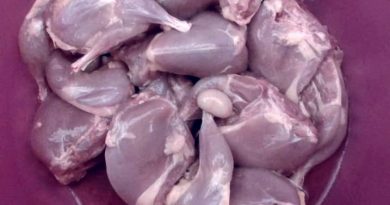